Third T-Mobile Android Device On Sale Oct 19th - Does It "Cliq" With You?

On the whole, things can't be better for the Android platform in its young life than at any other time.  Sure, there are some rumbling of developer discontent with Google but that's nothing most Android mobile warriors need to worry about in the long run. There are seven known Android devices and a dozen or so more will be available worldwide.  In recent weeks, the attention has been focused on Motorola and its first Android device, Cliq, and T-Mobile will be the first to offer it to its subscribers.
Well, we finally know the details.  The Cliq will be available for pre-order from T-Mobile on October 19th through November 1st and available on November 2nd. Other details we know: 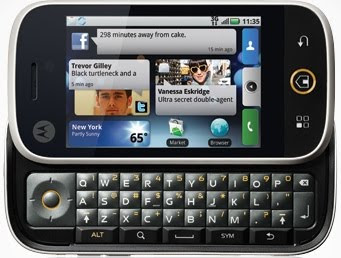 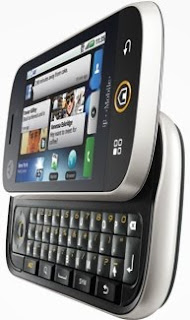 My first impulse was to get this as soon as I humanly can and drop my G1.  But after I've taken a breath or two, gotten some oxygen into my brain, reality set in.  $199.  I like Facebook.  I like Twitter.  And I like the idea of being able to access all my contacts and updates easily.  As nice as MOTOBLUR is, it's not for everyone.  And at $199, it isn't for me. 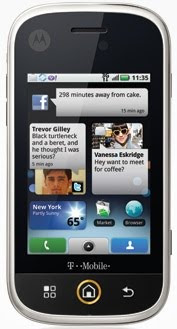 I've looked through may comments from Android owners and potential buyers and while there is a lot of excitement, the price was higher than most expected.  Then there's the Boy Genius Report hands-on with the Cliq.  Like the HTC Hero, the Cliq suffered from sluggishness.  More damaging in my mind is the report about the battery life.  In BGR's words, " the Motorola CLIQ has possibly the worst battery life of any phone I’ve tested in recent memory with the current software. Maybe Motorola’s BLUR back-end isn’t optimized yet, maybe the phone software isn’t final, but this is ridiculously bad."
Bottom-line here:  If you're in the market for a smartphone, you can't go wrong with the G1, myTouch, Hero, or the Cliq.  Android is a rock-solid mobile platform supported by Internet giant, Google.  Having said that, the inner workings of these devices are more than a year old.  That was also the concerns of many commenters.  Not much has changed since the G1.  Given the price of the Cliq, one would expected better battery life and faster CPU.  Some more along the line of the jump from iPhone 3G to 3GS.  Unfortunately, that is not the case.

For currently Android owners, I preach patience.  For instance, the Acer A1 sport a 768Mhz CPU, a 45% increase over the 528Mhz CPUs used by the current Android lineup.  That's what I'd wait for.  And when Android 2.0 comes out, Android devices may require additional resources and horsepower that the current Android devices will have trouble keeping up.  For instance, Android competitors sport 8-32GB of internal storage.
Still, like I said above, things are looking up for Android fans and I expect better devices in 2010.  Should the Cliq drop to $99 or less, I'll revisit my decision.  After all, the iPhone can be had for $99 and the Palm Pre as little as $79.  T-Mobile and Morotola needs to do more to draw in more adopters.
I'll be visiting my local T-Mobile store on November 2nd so I can play around with one.  And I suggest other Android fans do the same.
More on the Cliq pre-order, here is T-Mobile's press release and the pre-order page.
Posted by Paul_onxo at 11:01 PM